Arriving at Castle Mountain at 9:30 p.m. from the Calgary Airport, I wasn’t able to preview the mountain, so I went looking for some clues to get an idea of what I was in for.

Clue #1: “Interesting Trades” – Pinned on the bulletin board in the lobby of the hostel was a lonely ad with a picture of a snow-covered trailer that read: 1978 Camper Trailer, sleeps a lot of people, in good shape, interesting trades encouraged. At the time I chuckled at “interesting trades encouraged” as I had never heard that line before and thought an ad like that would only be found in a small resort like Castle.

Clue #2: “No Shoes allowed” – The Castle Mountain Hostel where we were staying did not permit snowy boots or shoes past the lobby. Shelves lined the lobby for snowy boots and shoes.

Clue #3: “No Reception” – tucked into the mountains in Southern Alberta, Castle Mountain does not have any cell phone reception what so ever, but we did have wireless internet in the hotel and the lodge, so I was not cut off from civilization completely.

Clue #4: “Free Hugs” – The next morning, while in the lift line, I thought the liftie, Marie had mistaken me for another person as she gave me a giant heart-felt hug on the way up for my first run. As it turns out, she hugs almost everyone on the way through the lift line.

After the first run, I didn’t need any more clues. With a small town feel and big resort runs that range from easy to powder-filled blacks, my mind was made up – Castle Mountain was a hidden gem.

With the mystery solved, I was out to enjoy the rest of the day.

Accessing the North bowl didn’t require the guidance of a 10-year local, just head north off the Tamarck Chair and follow the high traverse line; if you go out of bounds, you’ve gone too far.

On the way into the bowl, I immediately noticed the trees flanking the entrance; loaded with powder, it looked incredible. However, the lack of tracks made me hesitate but only for a moment. I ignored my instincts and headed right to them – the only surprise was more snow than expected. The trees gave way to an open bowl well over 100 metres wide.

Once again, with this type of terrain, I would instinctually head to the fringes to get untouched lines, but not at Castle. There were fresh lines right down the guts.

It was on that run when it happened, the moment during epic powder days when you lose your mind. When you hope your friends are behind because there is not a chance you are about to stop to see if they are keeping up.

As I started to run out of vertical, the leg burn settled in and my conscience got the better of me. I stopped to see if my friends were in fact close behind.

It was in that moment of mountain silence that I started to have regrets. However, it wasn’t regret about leaving my friends in the dust. The thought of getting a 1978 trailer was real and I regretted not bringing anything “interesting to trade.”

For more stories and detail on Castle check out our SnowSeekers' destination page.

Spring at the Castle

Spring skiing at Castle is a must. Grooming is impeccable and the legendary Tamarack “Red” Chair... 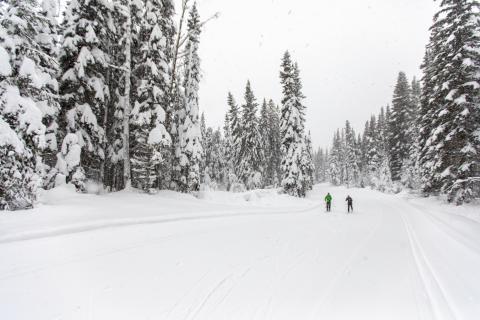 5 reasons why winter 2021 could be great

Exploring the great outdoors isn't limited to the warmer months. It's just as fun, and just as good... 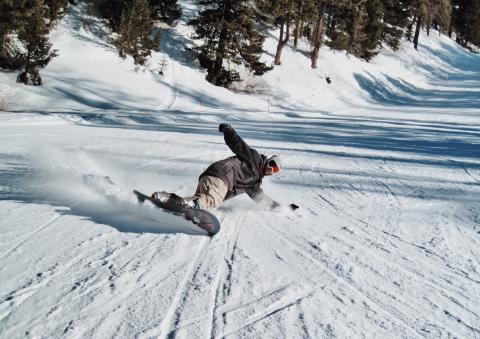 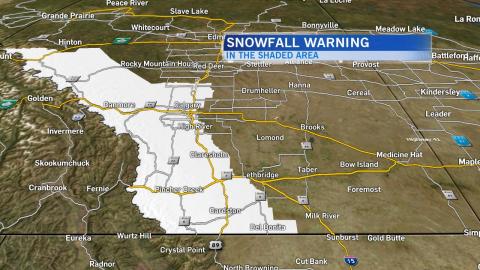 A series of snow-laden weather systems have dumped prolific amounts of snow on some Western Canadian... 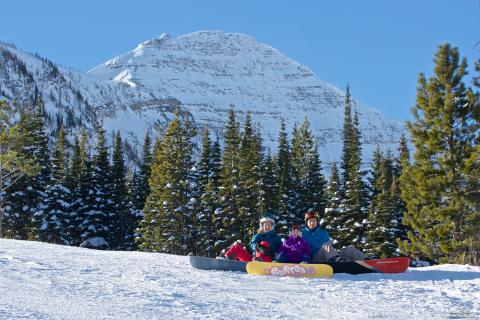 Cosy up to Castle Resort: This place is one big love-in

If you're like me, you've probably had a few fantasies about heading south this winter. But I don't... 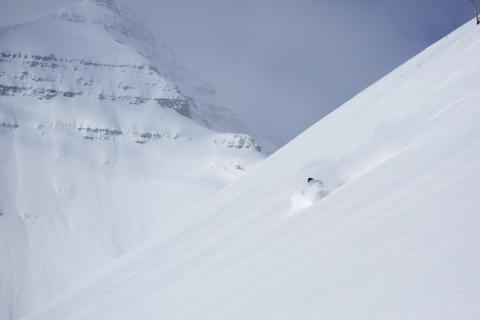 The walls in the day lodge at Castle Mountain Ski Resort are lined with bold photos of skiers and...