There's A Wonderland Of Snowy Trails In Quesnel

#SkiNorthBC welcomes winter travellers into communities across B.C.’s north to make the most of your experiences. Tag us with #SkiNorthBC to see what’s in store for you. Your adventures may be featured on our social media feeds.

Quesnel is a town of about 10,000 people and 13,000 more in the surrounding area - a lot larger than we expected, and there’s a reason for that.

Located at the foothills of the Cariboo/Chilcotin range, and at the confluence of the Fraser and Quesnel rivers, this area is a huge attraction for anglers, outdoor enthusiasts and travellers alike. With its location on Highway 97, much of the tourism comes from people stopping for a night’s stay on their way north.

The Fraser River waterfront trail is a beautiful spot for taking a stroll.

Outdoor lovers who visit are blown away by the trail networks surrounding the area. The Cariboo Ski Touring Club alone has 75 kms of Nordic trails that can be skied every day during the winter. The bonus is that Troll Resort is just 45 minutes away, giving the locals and tourists a big downhill mountain ski experience right in their backyard.

You can be on a cross-country ski trail from Quesnel within five minutes.

En route from Prince George, we had an opportunity to meet with a born and raised local from Quesnel who toured us around the trail network. Laurie Bare was our cross-country ski guide who was happy to show us around.

“I love being able to go 5 or 10 minutes in any direction and have world-class trails for hiking, biking, snowshoeing, trail running and cross country skiing,” she said. It was an easy decision to stay here, she says, one for family and two for the wonderful life Quesnel offers.

Beautiful in winter, the Wonderland trail network is expanding and will also include biking trails in summer.

The trails around here are so good, we couldn’t help but linger for a while. We found ourselves enjoying the beautiful Wonderland area, a location made more beautiful by the old man’s beard moss clinging to the trees, beautiful rocks and views of beautiful DragonLake.

Barkerville Brewing sponsored the maintenance to assist the Gold Rush Cycling Club, It was initially kicked off by the City of Quesnel and the Cariboo Regional District, which hired trail coordinator Ian van Leusden, now in his third year as a maintenance manager. Van Leusden has been the lead between the community and the Gold Rush Cycling Club which maintains the  Wonderland trail system.

Wonderland was recently developed for biking trails in the summer. But it also doubles as hiking and snowshoeing trails during the winter. We chatted with van Leusden, who told us this area will be expanding. “We’ve got nine trails and more on their way. We’re actually in the process of starting a bike park, and a trail that leads from the top of Dragon Mountain right down to town,” he said.

You could happily get lost in the woods, hiking and snowshoeing among the spruce trees.

The extensive trails and arteries in the surrounding areas are the playground of locals. And for those just visiting, they get the itch to come back soon. “When we first started building the trails, there would be one car in the parking lot. By the end of the summer, we came back to a full parking lot. It really motivated me, and everyone to keep building trails,” van Leusden told SnowSeekers.

The Fraser River bridge is the longest pedestrian wooden truss bridge in North America, just one of the cool facts about the region that's steeped in history.

There’s plenty of history in Quesnel, and every year an event called The Gold Rush Trail Sled Dog Mail Run celebrates the town’s past. Mushers from all over B.C. are invited to take part in the 15-km mail run which starts with being sworn by Canada Post in Quesnel. The mushers and dogs race 85.5 kms all the way to Barkerville, where they deliver mail. It’s a re-creation of the way things used to be and to this day, they continue the tradition with this fun event.

Our friends at Tourism Quesnel will help you get set up for your next Cariboo adventure.

Troll Ski Resort is just 45 minutes away from Quesnel. Find out how to make the most of your day there.

For more inspiration on Quesnel, this “48 Hours in” piece may just be what you need to book now.

Learn more about what B.C. has in store for you this winter by searching #SkiNorthBC or visit our #SkiNorthBC expedition page, where more stories and videos will be coming out all season long. 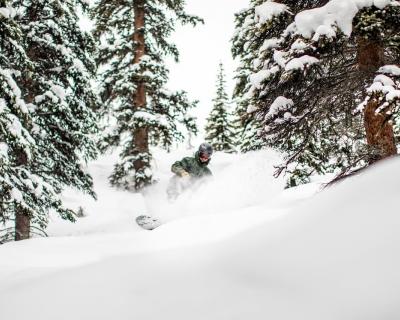 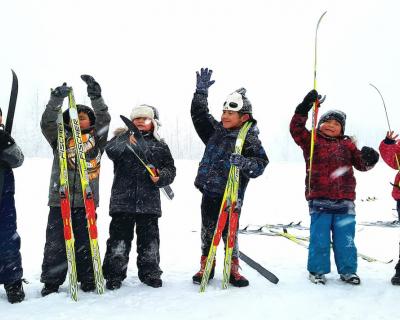 If you’re seeking the upsides of the COVID-19 pandemic, the enthusiasm for outdoor winter sports... 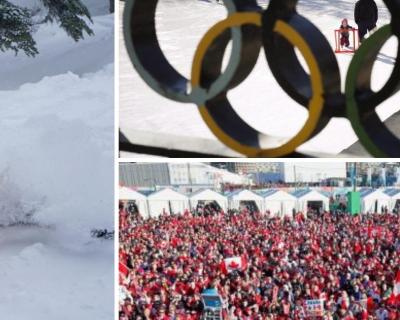 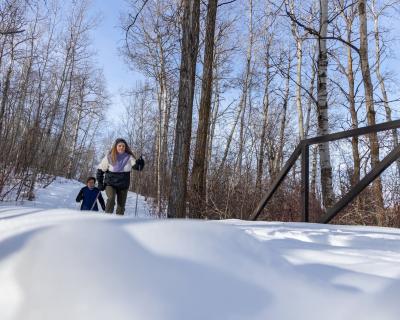 Getting into the Lakeland Flow in Vermilion

This surprising northern Alberta prairie town with a provincial park on its doorstep is perfect for... 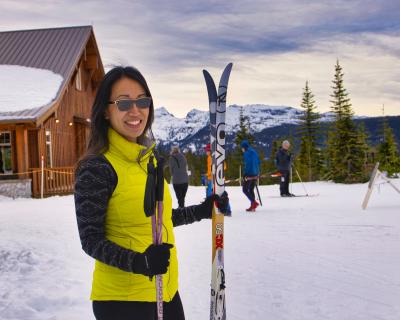 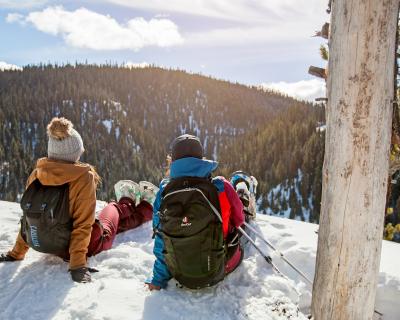 In Wells, BC, women like Ember Harper-Fedirko and Cheryl McCarthy are coming together to advance the...