Then and now: Marmot Basin

The story of how Marmot Basin was built and grew, a classically rugged history of alpinism in iconic Jasper National Park.

Skiing down Marmot Run on a clear day, you’d be forgiven for thinking that little has changed in over half a century since Marmot Basin (then called Marmot Basin Ski-Lifts Ltd) officially launched operation in Jasper National Park in 1964.

Compared to old black and white photographs from the early days, the terrain bears few marks of development:

These would be the only recognizable changes.

Editor's note: to check out some of the recent additions, including terrain expansion into Tres Hombres, watch the video below.

Within the thousands of years of evolution and 12,000 square kilometres of Jasper National Park, human history seems nothing more than a speck. 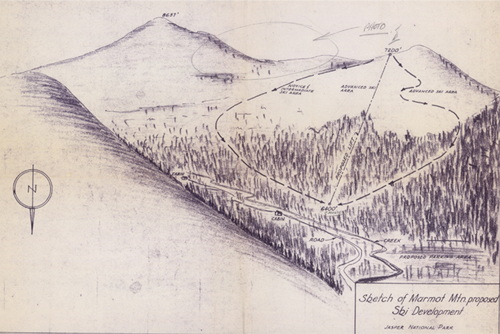 Little do most Jasper skiers realize that beneath their skis lies a rich, 50-year plus history—and pre-history—of brash independence that permeates the local alpine culture to this day.

Like pretty much anywhere else in Western Canada, alpine history in Jasper owes its origins to the Swiss. Joe Weiss first guided cross-country skiers into Marmot Basin via Whistlers Creek back in the 1920s. But unlike elsewhere, Marmot also owes its existence and possibly some of that brash independent streak to the Scots.

Take for example the first tow rope, built in 1961 out of spare parts from an old British Army truck. Typical of the early pioneer spirit in Jasper, then-operator Toby Rayner made the best out of what he had on hand.

But Rayner’s ingenuity would have been nowhere without earlier cowboys to wrangle their way into the area. It was the British Army’s Scottish Lovatt Scout Regiment, following Joe Weiss, who first rode their way over roughly-hewn forest track into the area for training operations during the Second World War.

The Scouts used snowmobiles and snowcats for transport into the basin, but also managed to leave behind the army truck Rayner would eventually cannibalize for parts to build the first motorized tow rope.

Those first Scottish forays paved the way for Bill Ruddy and Tom McCready, who pushed to get a road in to the hill in the 1950s. With that in place, the pair began transporting skiers into the area 15 at time by snowcat.

Charlie Dupres was one of those skiers, an adventurous local who skied some of the hill’s best terrain. An avalanche would kill Dupres in 1955, but he left his mark: two of his favourite runs are named after him — Charlie’s Bowl, and Dupres Chutes.

Marmot Basin is home to beautiful bowls and chutes.

Rayner took over in 1961, got the tow rope going, and eventually, succeeded in getting a licence to operate from Parks Canada in 1964. That would prove to be a momentous year.

Besides becoming an officially licensed ski area, it was the year Marmot got its first legitimate surface lift, the Yellow T-Bar, and built the upper mountain chalet.

It was also the year that Toni Klettl would arrive and take over as warden for Parks, overseeing ski patrol, avalanche control, run cutting and development at the hill.

Although Parks’ staff are less active on the hill these days, that partnership with Parks Canada has remained instrumental as the ski area management has worked closely with Parks as a partner in environmental conservation—resulting in Marmot being only the second ski area in the Canadian Rockies to complete and get approval for its long range plan in June 2015. (Buildout is underway, with plans announced in November 2022 to replace the Knob chair with a high speed quad.)

View from the top of Marmot Basin, looking back into Tonquin Valley.

But back in the 1960s, Klettl and his team played a major role in shaping the ski area—clearing and packing the runs, clearing the road in and making sure the snow conditions were safe for skiers.

The old yellow chair at Marmot Basin (later replaced by the Eagle Express).

Those were exciting times for the hill. In 1966, because of Marmot’s great early November snow conditions, the Canadian national team — and one Nancy Greene — came to train at Marmot Basin. The impressions left by the Olympic skiers inspired a strong competitive tradition at Marmot. Among the athletes who have roots at Marmot Basin are Olympic downhill racer Loni Klettl (Toni’s daughter), and Olympic gold medal freestyle skier Jennifer Heil.

Back to the future

In 1990, the new Eagle Express quad ushered Marmot into the modern era, and began a series of modernizations that would transform the skiing experience over the next 20-odd years. Most notably for skiers, the opening of the expert Eagle East area and the Eagle quad in 2003, new state-of-the-art snowmaking in 2006, the Canadian Rockies Express high-speed quad in 2009-10 and the Paradise Express high-speed quad in 2011-12.

These days, a few relics — like Charlie Dupres’ old ski equipment — still adorn Marmot’s chalets and remind skiers of older times, and the pioneering ethic and alpine bravado of generations past. Like specks along the continuum those early artifacts of human history at Marmot have long since disappeared in favour of modern lifts and lodges, and greater comfort.

Marmot is known for incredible snowy conditions, all season long.

But the ski experience itself remains much as it was from the beginning—pristine, wide open and uncrowded, just like in those old black and whites—with a little bravado, for good measure.

For more information, head to the official Marmot Basin website. Show your stoke for the awesome history of Marmot Basin by sharing this page with your friends! 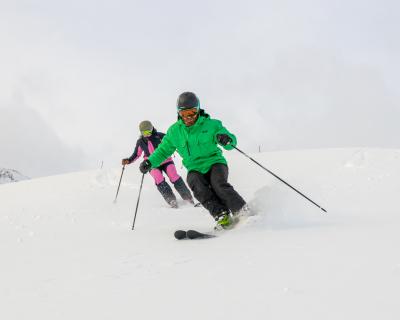 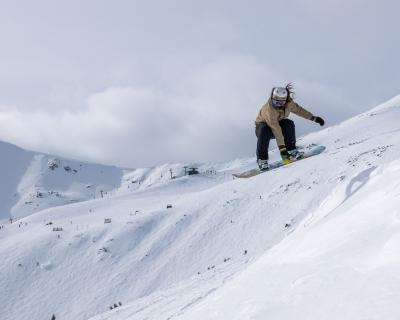 Learning to escape on a snowboard in Jasper

Every muscle tensed, all senses attuned, I lean into my turn, my snowboard carving the snow. Taking... 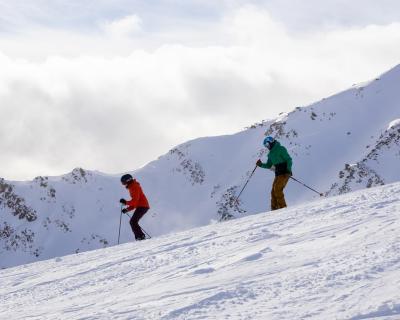 Fresh snow on T-Bar Ridge beckons as Manu Loir-Mongazon and Jailin Bertolin drop their skis and... 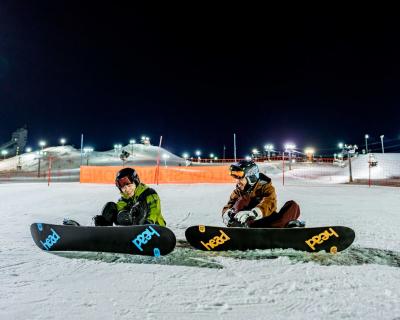 Growing up overseas, snow and winter sports weren't part of Eric Wang's life until he moved to... 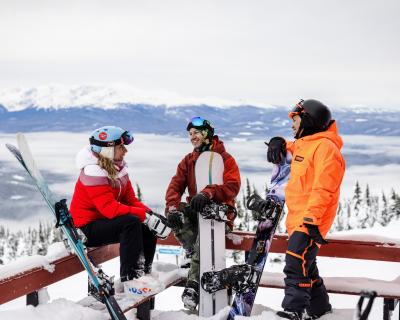 So far it’s a hella fun #SkiNorthBC ride - says you

Take a look through some of the #SkiNorthBC highlights from your fellow #SnowSeekers over the last... 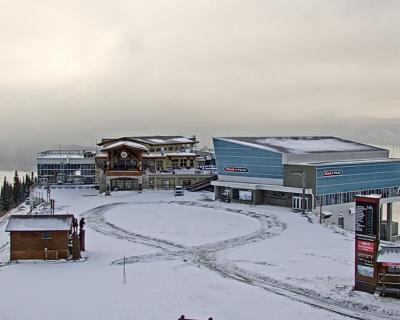 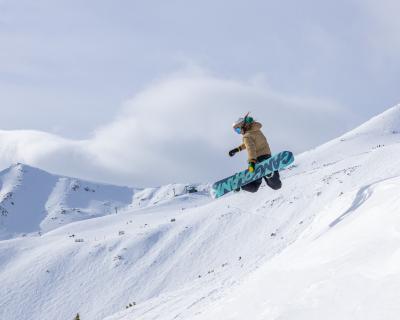 With the highest base elevation of major Canadian resorts, the skiing at Marmot is terrific and the... 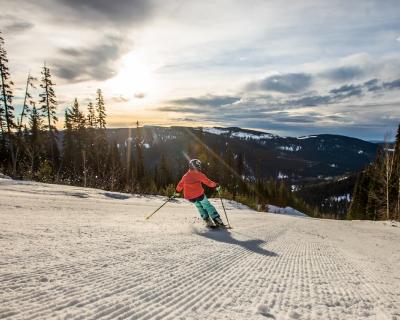 While most of British Columbia had a slow start to the winter, Troll was covered in snow and opened... 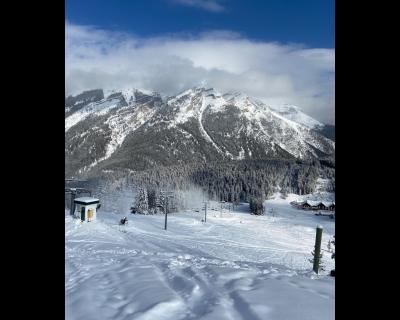 YES! It Is happening!

We don’t have to look far for signs of winter because here @SnowSeekers we...