Then and now: Canyon Ski Resort

RED DEER - Wouldn’t it be cool to fly around looking for the perfect slope to cut some ski trails?

Pretty impossible now, but back in the late 1950s a local pilot, Al Linkiwich, flew over the Red Deer River Valley, east of the city of Red Deer looking for that perfect spot. He didn’t have to look far. Only five kilometres east was ideal. Lots of trees to capture the snow on a slope that varied from gentle to steep before reaching the banks of the river.

In 1959, locals Gerry and Al Boomer took Linkiwich’s advice and cleared the first runs called “Holiday” and “The Snow Bowl” accessed by two tow ropes that hauled members of the Crystal Canyon Ski Club to the top.

It only took one season to realize the natural snow needed some help. So in 1960 Canyon had the first snowmaking machines in Canada blowing snow across on the lower two-thirds of the slopes. Unfortunately for the patrons, the owners didn’t do grooming so the moguls were massive and bullet-proof. Still, they loved their prairie ski hill.

Over the next few decades, the lifts changed from ropes to Ts to chairs. More of the slope was purchased from the farm next door and more trails were added. It changed ownership a few times between private companies, clubs and families - all passionate about the resort and the community it supports.

At one point in the mid-1970s, a group of investors came up with a unique offer to purchase the resort. They all put their favourite numbers into a hat. As the numbers were pulled, the offer price was formed.

First ski hill with a snowmaker

The early 1980s saw changes that made for positive investments in the future of the resort. A triple chair was installed and a double chair purchased from the bankrupt Pigeon Mountain ski area at Deadman’s Flats near Canmore. 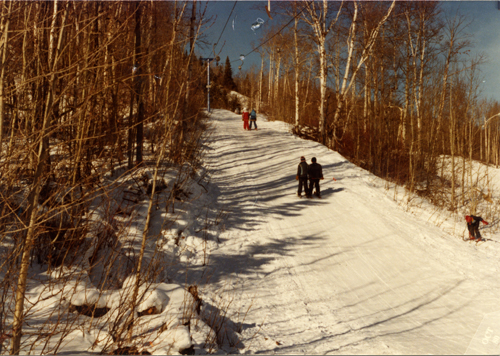 The T-bar brought skiers up the hill before the triple chair was installed.
Photo by the city of Red Deer archives

Canyon has hosted many events and ski clubs. Back in the 1960s that snowmaking machine brought snow to the prairies sooner than a lot of mountain resorts so it was reliably one of the first ski areas to open in Canada. Wanting a jump on the season, the Canadian National Ski team used Canyon Ski Resort for its early season training in the 1960s. Since then it’s hosted Nancy Greene ski leagues, ski jumping clubs the ski events as part of the Red Deer 1988 and 1998 Alberta Winter Games and of late, concerts, weddings and summer mud races. 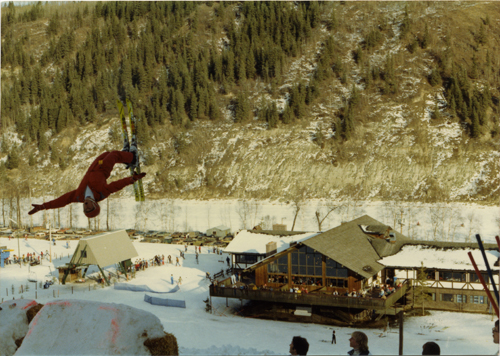 The Canadian National |Ski Team trained at Canyon in the '60s.
Photo by the City of Red Deer archives

Sheep on the slopes

The Kunc and Martel families both grew up in Red Deer, learned to ski there and have enjoyed it all their lives. So when they saw an opportunity to take the reins in 2010 they signed the dotted line and brought in some fresh ideas. Like sheep.

Since 2010, between May and October, the slopes are dotted with close to 1,000 fluffy white sheep which munch the grass and shrubs. “It’s a great way to reduce the use of tractors and minimizes erosion,” says David Martel, Canyon’s general manager.

Along with the sheep, the families have made major changes, including upgrading the day lodge, relocating the beginner area and increased the terrain park. Now the resort - which is the biggest non-mountain ski resort in Alberta - boasts a mid-November season opener on six lifts with 21 trails and zones. Each week the tradition continues, students from Central Alberta come to learn to ski and the weekends are full of skiers and boarders looking for the mountain experience.

“We love it out here,” says Martel. “We have a very diverse terrain . . . superpipe, terrain park, snow tube park, and a very mountains feel on a ski hill in the prairies. We continue to find things to improve and prepare for including the 2019 Canada Winter Games.”

Canyon is home to an awesome terrain park.
Photo by Canyon Ski Resort

Not wanting to limit the use to winters, the resort is perfect for osting summer weddings (with sheep crowding the wedding photos) and Mud Hero races. 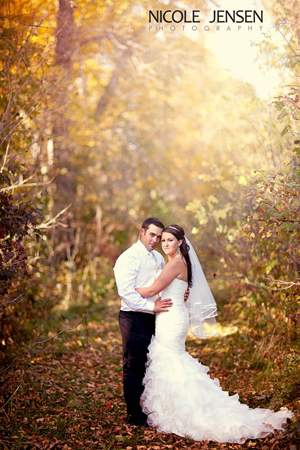 The area is a beautiful backdrop for summer weddings.
Photo by Nicole Jensen

What started as a two-run slope looped together with a couple tow ropes has turned into a year-round community hub of activity.

Share this story about Canyon Ski Resort came to be with your ski and history-loving friends.

For more stories and detail on Canyon check out our SnowSeekers' destination page. 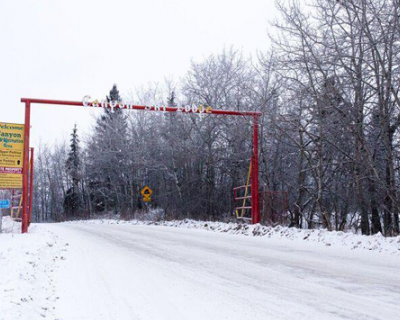 I almost feel guilty saying this living so close to world-class ski hills, but when it comes to... 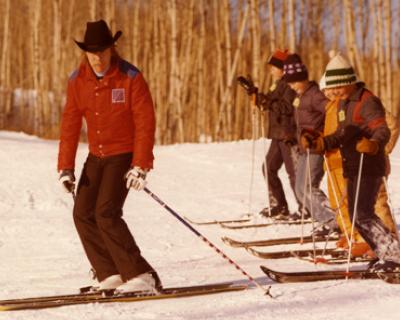 Then and now: Canyon Ski Resort

Wouldn’t it be cool to fly around looking for the perfect slope to cut some ski trails? Pretty... 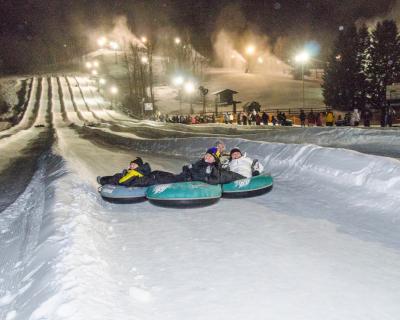 ‘Going all the way to the straw’ at Canyon’s Friday night Tube and Dine is a wintry twist on date...