Who better to glean spring-skiing tips from than Olympic champion Nancy Greene?

So, I meet up with the giant slalom gold medalist from the 1968 Games in Grenoble, France at Cafe Soleil in the Village Day Lodge at Sun Peaks Resort near Kamloops, B.C.

While Greene finishes her strawberry ice cream and coffee, we chat about what gets her psyched about spring skiing, that glorious period from now until the slopes close for the season on April 17.

"First of all, spring is a fantastic time to ski at Sun Peaks," says Greene, who also happens to be Director of Skiing, which means she can pretty much do whatever she wants at the resort from skiing with the public, to simply being an Olympic legend.

"But, if you aren't familiar with the terrain you should come out and ski with me or one of the sensational Sun Hosts we have here."

Greene may be a Canadian senator who is busy in Ottawa 28 weeks a year, but she makes it home on weekends to ski every Saturday and Sunday, and most days of school vacations, with the public.

You don't have to be a VIP to catch a few runs, and tips, with Canada's female athlete of the century.

Simply turn up at the 'Ski with Nancy Greene' sign at the top of the Sunburst chairlift at 1 p.m. and be prepared to be wowed.

Sun Hosts take out groups every day at 9:15 a.m. and 1 p.m. from the bottom of the Sunburst chairlift.

"When we start to get extra sun in the spring, south-facing slopes, especially the steep ones, get a little icy in the morning," says Greene.

"But, leave them until the afternoon and you'll have a beautiful, corn-snow skiing experience."

Sun Peaks, as the second largest ski area in Canada behind only Whistler Blackcomb, is blessed with 4,270 acres of skiable terrain over three peaks (Mount Tod at 7,060 feet, Sundance at 5,676 feet and Mount Morrisey at 5,495 feet).

It all means there are also a myriad of north-facing slopes full of crisp snow, even in the spring.

"You can't go wrong with a green (easy), groomed run in the spring," says Greene.

Enter into a winter wonderland at Sun Peaks Resort
Plan your trip today...

Of course, as the spring equinox nears, and so does our proximity to the sun, the days get lusciously longer, temperatures climb and skies more blue.

All in all, it's the perfect season to shed a layer, work on your ski tan and perfect carving turns in corn, or sugar, snow.

Discussion soon turns to the new ski and snowboard course on the Suncatcher run that will be showcased for the 21st annual Telus Nancy Greene Alpine Classic on Feb. 24 to 25.

For the first two decades, the classic was a traditional dual slalom format in a nod to Greene's Olympic disciplines.

But, it's now a new ski and board cross course with berms, rollers and turns accessible to athletes of all ages and abilities.

You can tackle it yourself anytime or sign up for the classic with a four-person team.

"I've done the course and the competition is named after me," says Greene.

"But, that doesn't mean I know how to coach ski cross. That's why we'll have Ashleigh McIvor (the gold medalist from the inaugural Olympic ski cross event at the 2010 Games in Vancouver) here to coach the teams for free."

At this point, Greene abruptly stands up and demands we race the course.

After more chit-chat on the chairlift, we start to glide down Suncatcher toward the course.

She watches me ski and says: "OK, let's work on your technique."

Greene suggests I move my upper body less and roll slightly onto the ball of my foot as I turn for more control and a smoother ski.

At the start of the course, she recommends I don't bother getting any air off the rollers and turn wide.

Again, I follow instructions and Greene handily defeats me and my afternoon with the ski great ends in laughter.

Sun Peaks Resort has many special events this spring 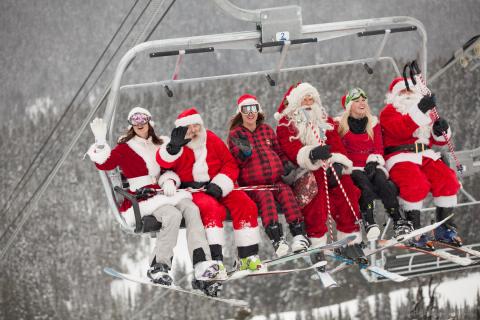 Ski with Santa in Western Canada 2019 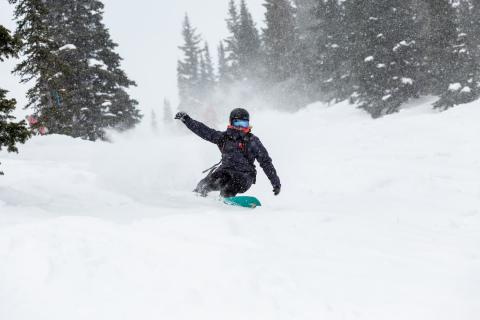 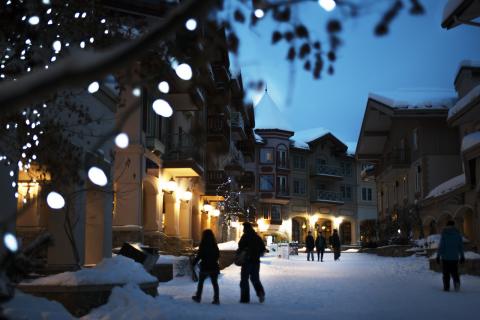 As Canada's 2nd Largest Ski Area, Sun Peaks Resort has loads to offer the winter visitor from the... 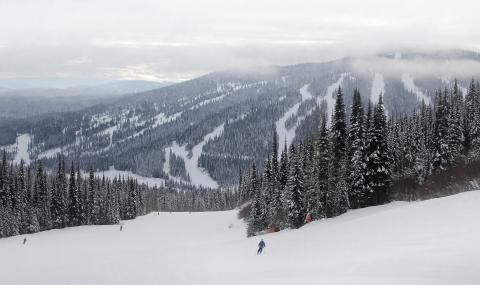 Steal away to this village for unexpected moments

My first visit to Sun Peaks, Canada's second largest ski area was one of the coolest experiences I... 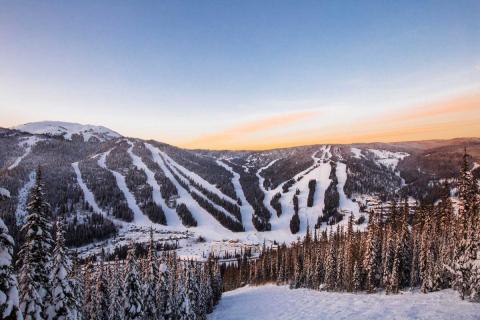