Then and now: Troll Ski Resort

QUESNEL, B.C. - What if your new husband said, “Let’s go to the middle of snow-covered Nowhere, B.C. for a honeymoon.” Then stay two years before going back home to Norway, but only long enough to pack up the house to move back?

If you are Astrid Fossberg, you shrug your shoulders, pack the babies and do it. But then, what if after a few years back in the Caribou Region your husband says, “Hey, that slope on the way to Barkerville looks perfect for a ski resort. I think I’ll build one in my spare time.” If you are Astrid, you make the lunches for who now number five kids and then help any way you can.

As the oldest of the five children, Hildur Fossberg Sinclair laughs as she tells the story about her dad, Lars Fossberg. “He built Troll Resort all on his own. People thought he was crazy.”

But Lars wasn’t crazy, he was just one of the hardworking pioneers of the ski industry.

When Lars and Astrid first came to Quesnel in 1960, it was to see this land of opportunity and they fell in love with it. A decade later when Lars found out there was a piece of land for sale on the south-facing slope of Pinegrove Mountain he eyed the timber and the slope. The timber could be harvested and used to build lodges and the slope was ideal for a ski slope. The sold sign went up and he went to work - mostly alone.

Lars only had a Grade 7 education but as a farm kid he learned to build things from what was nearby.

“He could look at something and see what needed to be done,” says Hildur from her office that looks out on the base of the resort. “If it was a different time he probably would have been an engineer or a physicist.”

Lars became friends with another entrepreneur, Doug Mervin of Big White near Kelowna and learned rom Mervin’s experiences. Using his own money, Lars bought a diesel motor, built the Little Lodge and then purchased the first of the Doppelmayer T-Bars.

Skiing the early days at Troll.
Photo by the Quesnel Cariboo Observer

“The spring boxes, bull wheels and wooden towers were shipped in wood crates. Dad set out to build the lift but we all had to help out. Us kids had to straighten the nails pulled from the crates so that he could nail the wood back together as the outhouses. He didn’t waste anything,” says Hildur. “Once the resort was up and running it was great living on the hill. Our skis were outside the backdoor. But like any family business, if there was work to do - we were working.”

Troll Resort, 44 kilometres east of Quesnel, opened in the early 1970­­­s with five runs off the Red Lift that stretches to the top. Since then, the Silver Lift takes skiers and boarders in the trees higher up and the Blue lift and the Yellow magic carpet access the lower slopes. In all, there are 240 acres of terrain with 16 runs, terrain parks and snowshoe trails. Over the summer of 2015 logs and dirt were pushed to create a ski-cross course.

As for the buildings at the bottom, there have been a few changes but as a family-owned enterprise, the changes are gradual.

“It was funny how we kept saying to dad to change things and modernize but he’d just say it was fine. Now I’m glad he didn’t listen. The rustic log lodge is beautiful - dad didn’t care that the windows were all different sizes and the people that come love that. We’ve updated the roof, put in brand new floors this summer and kept the appliances up to date but as for the structure, it was built tough and doesn’t need to change.”

Skiiers have enjoyed Troll from the beginning.
Photo by the Quesnel Cariboo Observer

In the 44 years of operation, they have never missed a season and only rely on natural snowfall. There were tough years where Lars had to go back to building bridges to support the purchase of new lifts but by only using T-Bars, they have kept the costs of maintenance down. With so much skiable terrain however, the summers are still spent clearing the runs of too much growth.

When Lars died in 2011 it was unexpected and the loss rippled through the ski community. The family considered selling the resort but Hildur said her children would not hear of it.

“We were living in Calgary and I thought for sure my teenagers wouldn’t want to move but they assured me that there was a school in Quesnel. There was no option. We had to come back. It hasn’t been easy - some days are tough but the family is still dedicated to the resort,” says Hildur. “And, I guess I’m like my dad. I love seeing the smiles on all the faces as they come off the mountain.”

We love the all natural snow at Troll.
Photo by Troll Resort

For more information about Troll, head to the official Troll Ski Resort website.

Become a SnowSeekers member #DaretoExplore, build your own SnowSeeking bucketlist.

Check out how Nitehawk became a year round hub of fun in Grande Prairie.

Show your stoke for the awesome history of Troll by sharing this page with your friends! 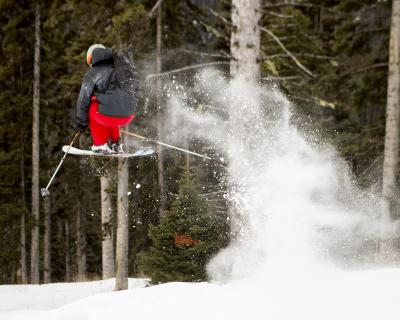 A timeless log lodge and matching nearby cabins adorn the base of Troll Resort. The authenticity of... 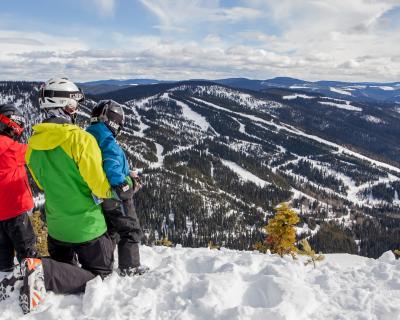 In 1972, Norwegian newlyweds Lars and Astrid Fossberg honeymooned in British Columbia and were... 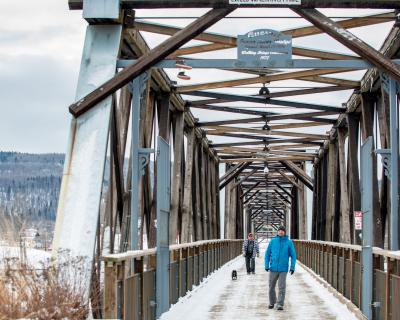 48 hours of winter fun in Quesnel

Hikes at Pinnacles Provincial Park, a stroll on the Riverwalk, a concert at the Occidental, a cup of... 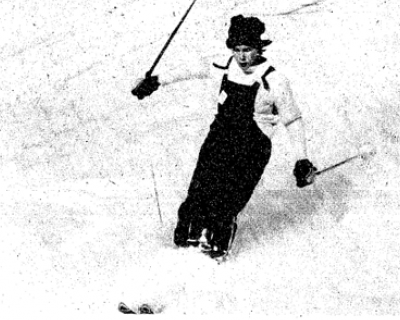 Then and now: Troll Ski Resort

What if your new husband said, “Let’s go to the middle of snow-covered Nowhere, B.C. for a honeymoon... 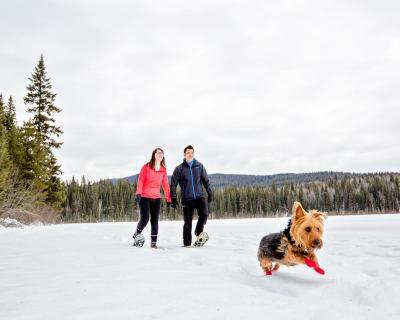 Quesnel is a Winter Wonderland

It takes passion and priority to see a vision come true, and for the folks in Quesnel, their winter...