Learning to ski at COP

Bennett Ford, age five, gets a private lesson and masters his “French fries” in Part 1 of our 3-part series

CALGARY - It’s my son’s first ski lesson and I’m nervous. Bennett, age five, has been born into a family of skiers and as such he’s expected to tow the party line (or, grab on to the rope tow, where appropriate) and get skiing. Since Bennett has autism I’ve enrolled him in two private lessons at Canada Olympic Park, thinking he’ll benefit from some one-on-one instruction. Once he gets the basics he’ll join a group lesson at Fernie Alpine Resort.

Looking adorable in his hand-me-down helmet and boots, I walk him over to the lesson meeting place on a frigid (-18C) Sunday morning. He delights in the sound his boots make atop the slippery snow — “They’re squeaking, Mommy!” — and I take this as a good sign. Bennett is excited to be outside and to ski (I hope); though if he knew how badly I wanted him to love my favourite winter pastime he would probably run screaming from the bunny hill (too much pressure).

Private or group lesson
for beginners?

It’s a hard call — will your child do better in a one-on-one environment, or be more motivated with other children in the class?

COP program director Jennifer Konopaki recommends private lessons for kids who need a little more one-on-one attention, or for children working toward a goal or mastering a specific skill. Group lessons can be great for children who learn best modeling from peers. Parents needn’t worry their child will be overlooked as instructors are able to teach to all levels and learning styles.

COP prides itself on the many options available for lessons, including weekdays, evenings and weekends.

“We really want to position ourselves as the ultimate learning destination,” says Konopaki.

Ski instructor Eric Gerstenbuhler immediately puts Bennett at ease with that most coveted of boy gestures, the high-five. I explain that Bennett doesn’t talk much, but he’s pretty good at following instructions in a classroom setting. Gerstenbuhler is a veteran instructor for the three- to five-year-old lessons and he’s seen everything from total wipe-outs to wild tantrums during his 10 years of instructing, the past two at COP.

As soon as Bennett’s boots are locked into his skis, I sneak away knowing he’s in good hands.

I set up a covert camp behind a concrete barricade so I can observe the lesson without being seen. Gerstenbuhler spends the first 20 minutes getting Bennett comfortable on skis. He has Bennett walk around wearing only one ski on each foot, and practice sliding forward using the ski boot foot as a propeller. This job requires patience, of which Gerstenbuhler seems to have an endless supply.

There are many things that set COP apart as a learn-to-ski destination. Not only is it conveniently located within Calgary’s city limits, lessons are time-wise — they run 90 minutes instead of a full day — and the instructors are dedicated and highly trained. In addition to CSIA or CASI certification, instructors complete 20 to 30 hours of on-site training that prepares them for any situation, says program director Jennifer Konopaki.

“We teach them how to ensure the success of each child, how to manage classes and how to deal with diverse learners,” she explains.

“Diverse learner” describes Bennett well. Since he’s not a typical five-year-old, Bennett needs a patient and encouraging teacher like Gerstenbuhler.

Last year we got Bennett out riding various moving carpets while wearing his ski boots. He enjoyed these early forays onto the bunny hill but his

co-ordination was lacking and I didn’t think he was ready for skis. Five, I figured, would be the magical age when everything clicked. As I watch my son Chinese downhill his way down the gradual slope for the fifth time (stopping is over-rated, right?), narrowly missing obstacles such as poles and small toddlers, I worry we may be pushing him into skiing too early.

Gerstenbuhler says that while a certain amount of strength and physical dexterity is required for skiing, the most important component is attitude. “It’s being willing and excited to learn,” he says. (Well, Bennett’s not crying, anyway.) The biggest mistake parents make is only trying the sport once, he says. It often takes two or three — or 10 — outings on snow for everything to click.

Bennett is pointing his skis downhill in “French fry” formation with enthusiasm. The infamous “pizza” stance — the pie-wedge he must master  in order to stop — remains elusive, requiring Gerstenbuhler to intercept him and manually push his heels out to slow his momentum.

“Can we get these skis pushed out?” he says, guiding Bennett’s sticks into a “V” formation. “Then we can get that wedge happening.” Bennett obliges somewhat, but after 90 minutes in the cold, with rosy cheeks as proof, he’s ready to call it a day.

“How about some French fries?” he asks, clearly more excited by the prospect of a greasy reward than he is about another lesson on the slippery slopes. I’ll take it. I may be walking a slippery slope myself, but if eating fries can get Bennett excited to try his French fries - and pizzas - on skis again, I’m game.

Read about Bennet learning his "pizza" here in Part 2 of our series.

Lisa Kadane is a Calgary-based Snowseekers correspondent and freelance features writer. Read more of her ski, travel and parenting adventures at www.drink-play-love.com.

Stay connected this season on everything winter, please sign up for our SnowSeekers e-news 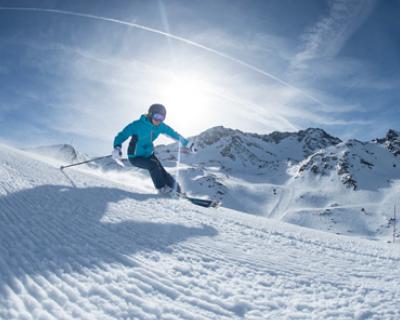 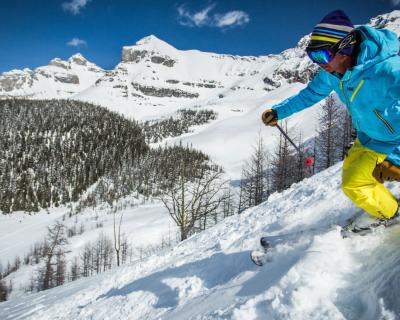 It’s our second morning at Canada Olympic Park for a private ski lesson and I’m not sure whether my... 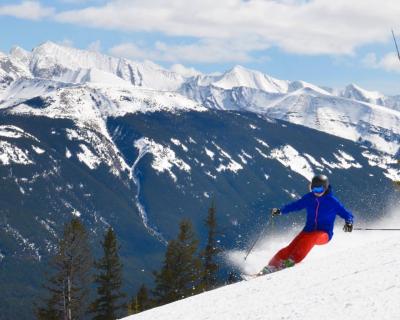 Six inexpensive ways to beat the winter blues in Calgary

Aren’t we lucky to live in a city with so many activities to choose from? Each season offers tons of... 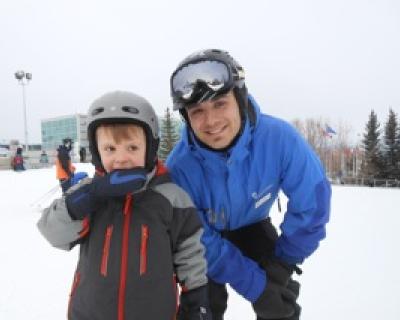 Learning to ski at COP

It’s my son’s first ski lesson and I’m nervous. Bennett, age five, has been born into a family of... 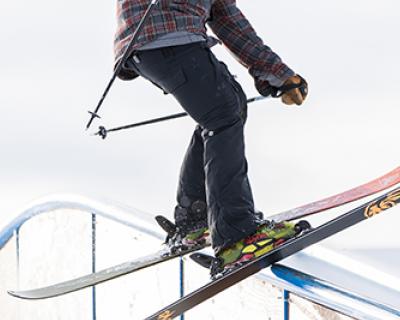 The FIS Freesyle Ski World Cup presented by the Waterloo Innovations Network will make its way to...