If you think forecasting the weather is difficult, try forecasting an avalanche. Every ski resort where snow can fall in heaps, drift, freeze, thaw, grow a lip, grow a crust or blow is in danger of an avalanche. So, they all should employ a safety team who will do their absolute best at reading the forecast and how the snow is acting. Because when a slope decides to slip, it’s not a snow-globe of fluff. It’s nasty and it can kill.

Steve Crowe, one of the members of the Kicking Horse Mountain Resort safety team knows first-hand that being caught in an avalanche is unpleasant. He was caught in two on the same morning. But here is the difference between Crowe and the rest of us. He is highly skilled, is prepared with all the avi gear he needs and knew what he was doing.

A big team working for you 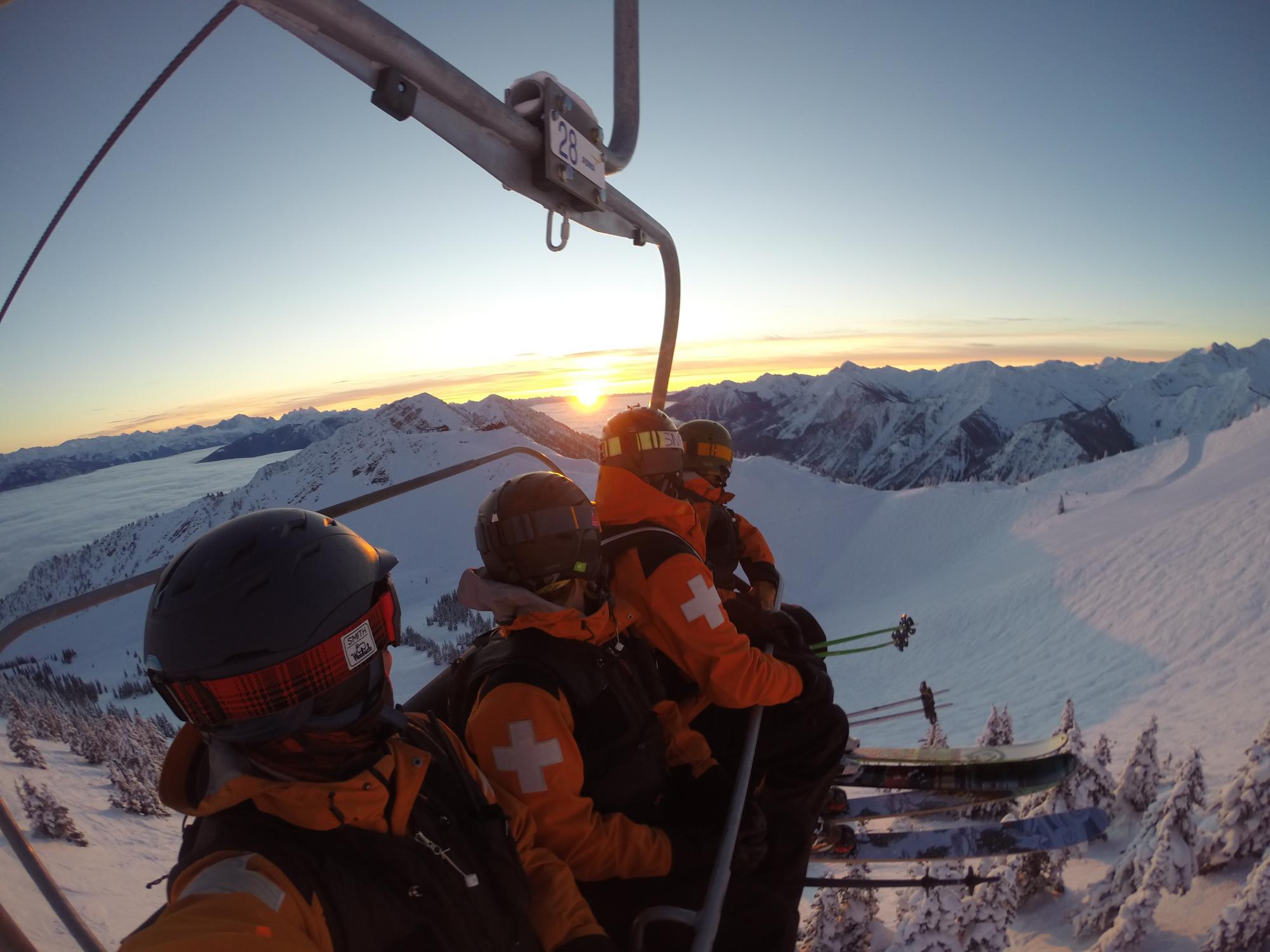 “It was early season conditions and we were assessing the stability of the snow, trying to weaken the snow load. I was anticipating the slope to slide, so I was prepared and was able to stay safe,” said Crowe. “When we ski cut, we always work in pairs. One person will quickly cut across a small slope from a safe spot to another safe spot, testing the movement while the other patroller stays out of the zone but watches. Usually we feel the snow move and can move away quickly. On both of these avalanches, because of my training, I was able to stay above the snow. If I thought I was in any danger, I would not have gone onto the slope.”

“There are two places on the ‘It’s a Ten’ road that have to be maintained for avalanche control each storm day. The knob right at the top, where almost everyone heading towards Crystal Bowl uses, and a corner called G7 at the egress of skiers using Feuz Bowl further down. Those spots have to be clear for snowmobiles and groomers,” says Crowe. A normal day starts at 7:30, but if there was snow overnight, a crew shows up at 6:30, so they have plenty of time to set off the bombs and clear debris off the trail.

Ah yes, the bombs. Crowe admits there is an adrenalin rush working with explosives.

“First time throwing is pretty thrilling. It’s quite the adrenalin rush – especially when you have a result. You are torn though. You want to make the slope safe, but you are also taking off some pretty great snow.”

All about the snow 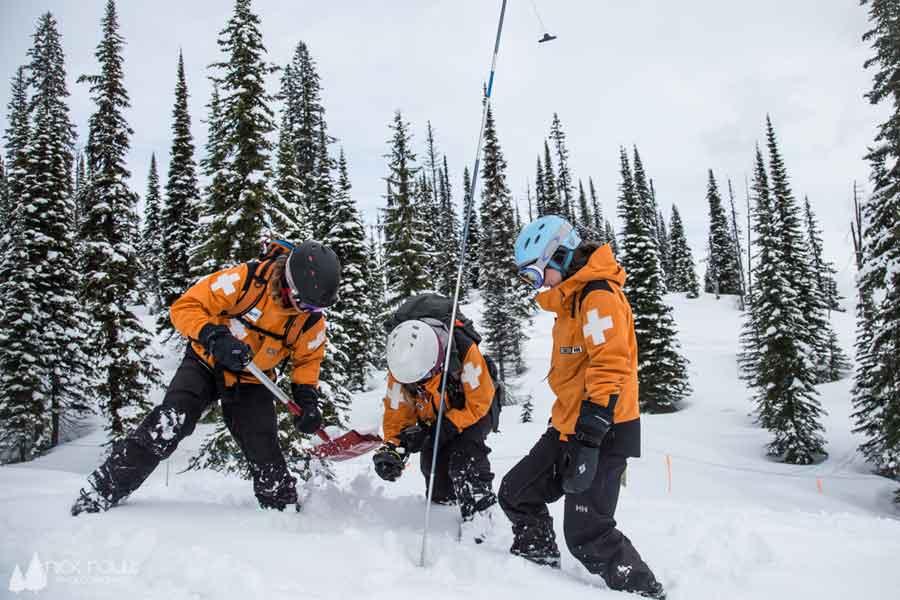 The avi crew testing snow and its various layers.

An avalanche is triggered in a few different ways by the team. Often a tripod is set up holding a 12.5 kg bag of explosives about a metre off the ground. There is a small detonator with a metre-long fuse on it. That is lit by an igniter, giving the team at least two and a half minutes to get clear of the area. The air blast caused by the explosion will hopefully release the snow. If there has been a heap of snow fall over night, a helicopter from Golden is called in.

“Big snow days, we bring in the helicopter to hit a lot of areas quickly and get the terrain open. A helicopter can do in 20 minutes what a crew would do in a day. But if there is no visibility, we still have to send the team out,” says Crowe. There are guns aimed at closed areas and wires hung across some slopes that are used to send explosives further down the slope before they ignite.

The terrain is opened in a sequence that caters to the most people first so that’s Crystal Bowl, Bowl Over and CPR Ridge. The avalanche control will move out from those prime locations trying to avoid pockets of closures. Some spots however, are permanently closed, because the runout potential into open areas is too great.

Crowe says they take care of the macro avalanches. The smaller pockets that could sluff are in chutes and slopes where people using it are usually capable of riding out a small avalanche.

“People get mad when we are slow to open terrain, but we have to think of everyone’s safety. Yes, we are overly cautious – but we have to be. We put up as much rope with tons of signs as possible which either delineates the end of the resort property or a closure. If people duck the rope to go out of the resort area, that’s fine, hopefully they are prepared. But inbounds, a rope with signage means a slope is closed. If people (called poachers) choose to duck under, they know the slope is shut for a reason. We can’t protect people who don’t respect our efforts,” says Crowe. “If poachers are caught, we have zero tolerance. Their day pass is taken away or if they have a season's pass, it’s frozen for three weeks.”

As the avalanche forecaster, Crowe says the day starts in the office creating the initial plan of attack, but the rest of the day is out looking for spots and assessing the potential for avalanches. He’ll dig snow pits and check the snow characteristics always asking, “Did the forecast match what is going on.” As much as they rely on data and education, gut feeling is also a major component and that comes with experience.

The forecaster can’t just think about how yesterday’s storm is affecting today. There are so many layers of snow under that last dump that add to the story. Crowe says they have to think about how the weather has impacted the other layers. If snow came down warm on a broken surface, it bonds. If the surface has melted and froze, and fresh snow lands, there is a slippery slope waiting to release. It’s all about preventing that release from happening when the slope is open.

Be a part of the team 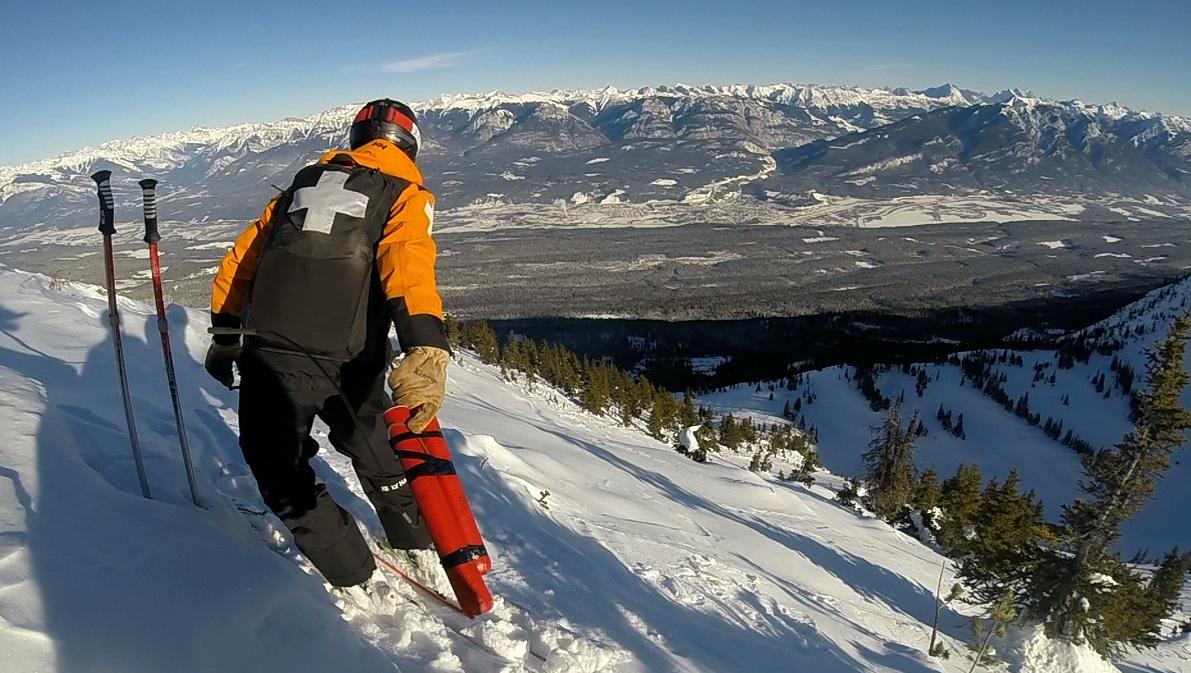 "Big snow days, we bring in the helicopter to hit a lot of areas quickly and get the terrain open. A helicopter can do in 20 minutes what a crew would do in a day," says Steve Crowe.

“The safest slope is the one skied the most. Some people think we save the snow for ourselves or for the crowds on the weekends, but that’s not the case. If you see a rope across a run with that sign saying the slope is closed, it’s for a better reason than saving freshies for the weekend.”

So, what can patrons at mountain resorts do to stay safe? Well, ski between the lines for one thing and follow the rules. If you want the thrill of skiing the back-country, take an avalanche awareness course, load up on all the avalanche gear you can find and go to the back country – not in the closed areas of a ski resort.

If you want to learn more about avalanche safety, start by checking out Avalanche Canada for information and a list of qualified avalanche instructors.