Settling down in front of the big screen TV with a bowl of popcorn to binge-watch ski flicks is a great way to get stoked for the upcoming ski season. Whats better than watching skiers and boarders dive into the pow, pound the moguls or hot dog off a jump? Here are some oldies, memorable, recent, corny and just plain bad ski movies to get you going. If youve got some you can add to the list send a tweet to @IamASnowSeeker, or leave a link on our Facebook page.

Warren Miller Movies then and now 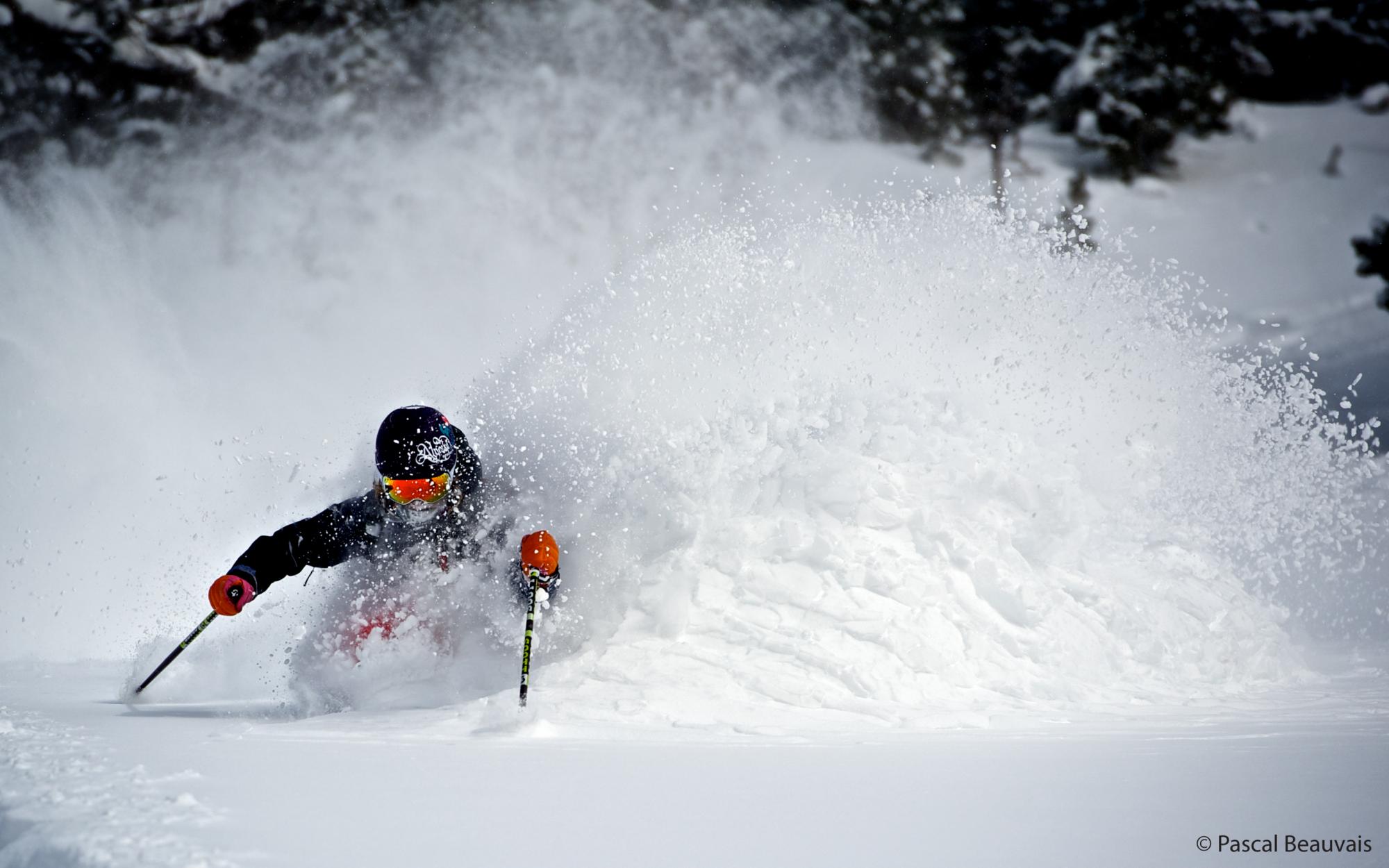 Back in the old days, Warren Miller the grand-daddy director of ski-porn would crank out a new movie every year. Hed come through town, rent the biggest hall and skiers would pour in. The lights would dim except for one on the corner of the stage. There, Mr. Miller would sit and narrate as the action rolled by. The content would be the same lots of snow, lots of skiing and lots of footage of people falling as they got off the chair. Check out the feature Miller did in the early 1980s of Mike Wiegeles heli-skiing out of Blue River, B.C.

Most old-time Warren Miller movies can be found on Amazon Video, ITunes and Google Play. Warren is no longer with the production company but the movies are still awesome. Heres the full version of Like Theres No Tomorrow.

McConkey goes in the history books as a man who lived life like there was no tomorrow. That is, until there was no tomorrow. The athlete was featured in many ski movies, won countless awards and impressed us all. A malfunction during a ski-BASE jump in the Dolomites ended his life in 2009. In 2013 a documentary about his life was released and is a must see for anyone passionate about winter sports.

Seriously we do have a pretty great line up of shorts that will introduce you to many of the ski resorts of Alberta and BC. Take a few minutes to discover Whistler, Pano, Reve or Kicking Horse. Get some road trip ideas.

James Bond movies have included ski scenes in so many movies its impossible to remember them all. Thankfully resorts dont really run giant augers through the village when people are skiing. Heres my fave from On Her Majestys Secret Service. If anyone knows where to find those funky ski goggles that Bond is wearing I want a pair!

Remember the 1988 Winter Olympics in Calgary? Okay, maybe you dont. But a feel-good movie came out a few years ago loosely based on the efforts of Eddie Edwards, aka Eddie the Eagle. For anyone wanting to see a retro Calgary forget it. Budgets kept the filming in Europe. Can Eddie win? Tune in to find out. Taron Egerton does a great rendition of the real Eddie the Eagle.

Is there any skiing in Hot Tub Time Machine? Who cares. Its a fun screwball movie with a silly plot and a likable cast running around Fernie, B.C. Every March you can visit the town of Fernie and Fernie Alpine Resort wearing your retro gear in celebration of the movie. If you want to really live it up rent the cabin made famous by the movie. (Or, look for it as you ride the chair.)

Best of the worst has to be Avalanche Sharks. What started out as a mammoth vacation is going downhill fast! This gory ski flick is painfully bad. A thin plot has a ski resort blocked from the outside world due to an avalanche. Can the people ski no. Can they act no. Somehow snow sharks from a long-ago curse are re-awakened to slither through the snow to leap out to eat scantily clad females in hot tubs and jerks on skis. Interestingly its a Canadian movie but filmed at Mammoth Lakes, California.

Maybe just watch the trailer that might be enough.