72 hours in Terrace with Dax Justin

Our SkiNorthBC Expedition kicked off in Terrace, B.C. But before I even landed, I got some insights into the place I was about to visit, because my seat mate on the plane was a Terrace local.

As soon as I told him it was my first time there, he lit up and began to tell me all the things I needed to see and experience. His stories got me pumped to find out more about this small city of about 13,000 people nestled along the Skeena River in the Cariboo Region.

As we landed he pointed out his below and I could tell the immense pride he had about his hometown.

Embrace winter in the North. Plan your trip to Terrace...

I was ready for my Northern B.C. adventure to begin.

Long before this area was known for its recreational opportunities, it was home to the Kitselas people, a tribe of the Tsimshian Nation, whove lived in the area for thousands of years. I wanted to find out more meet some people from the community.

Kitselas Canyon, on the banks of the Skeena River, is just outside of Terrace. The Kitselas or People of the Canyon are among the five Tsimshian Nations to call the Northwest Coastal Region of B.C. home, I learned.

Webb Bennett, a member of the band, was our guide for the day and proudly explained some of the cultural background of his people. "We have four clans represented by these totem poles. Wolf, Eagle, Raven, and Killer Whale. Your clan affiliation depends on what your birth mother was; so since my Mother is a 'Ganhada' (Raven), I myself and my siblings are Ravens.

As we stood at a lookout point in front of the Skeena River, Bennett told us how his people have been the "protectors" of this region. Preserving and sustaining the well-being of everyone in the four clans was the priority for the Kitselas. And everyone pitched in to make the community strong. If you were old enough to walk, you worked to help the community.

Looking over at Kitselas Mountain, I asked Bennett, What would this mountain say if it could speak? He hesitated for a few minutes but then told me it would say it has seen, love, tragedy and the bond between his people for thousands of years.

It didn't take long to learn that Terrace is a haven for outdoor activities and one of the favourite things to do is clipping on those skinny boards and cross-country skiing.

Everyone made it sound so cool, I had to try it. We headed to Onion Lake where I had a little trouble getting into the strange new skis. And, I have to admit I felt pretty awkward at first. It was a bit daunting for the first 15 minutes, then I felt myself hitting my stride and getting momentum.

Embrace winter in the North
Plan your trip to Terrace...

But it must have been beginners luck. Because then I lost it and started to fall and couldn't stay in the tracks. Kim O'Black, an avid outdoorswoman and passionate about cross-country, who was guiding me along, gave me a few pointers. She told me to be more conscious of my weight transfer, which would help me stay in the tracks and not lose control.

O'black and her friends love skiing the expertly tracked trails beneath snow-dusted trees at Onion Lake. I could totally understand why they come out here all winter long. Her enthusiasm and great stories kept me going and laughing made my first cross-country a blast.

The perfect way to end our cross-country skiing adventure was with a stop at Sherwood Mountain Brewhouse. Locally owned by Darryl Tucker and Linda Parker, this is a cozy spot where the craft beer flows as easily as the conversation while unwinding after the days adventures. It's easy to see why this place attracts both the after-work and the after-adventure crowd.

Terrace is also known for its off-beat cafes, good place to fuel up before a day playing in the snow. There's the Elephants Ear with European style baked goods and reports of great sandwich. Xanders is where you'll get to check out some local artists while filling up on house-made soups and sandwiches.

The minute I walked into Skeena River House, I felt at home. That's probably because it is the family home of the couple who own and operate it. Their down to earth manner and welcoming smiles felt as warm as the fire crackling in the corner. Skeena River House, located on the banks of the river of the same name, is run by Kim O'Black (the same person who helped me grasp cross-country skiing earlier in the day) and Brad Zeerip. The conversations were never dull and I learned just how passionate these people are about the outdoors and their community. I left feeling like I'd known them a long time.

I had no idea what a treat I was in for when I got to Shames Mountain. Deep. Fluffy. Snow. That's what greeted us on our trip to this community hub about 35 km outside of Terrace. We discovered that the people here are united by a love of the snow. That became clear to me after skiing with Brad Zeerip from Skeena River House and some of his friends. Meet Brad and hear about my day at Shames Mountain here.

Visit the official Terrace website to learn more about the region http://www.visitterrace.com/stage.php/events/activities 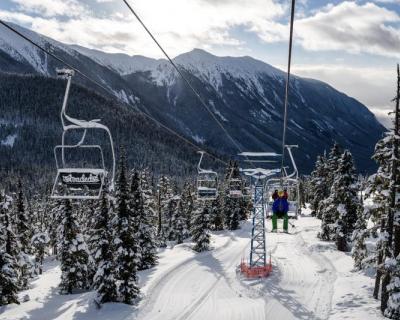 A region carved by the immense power of the ocean, awe-inspiring glaciers and a hidden fault line...

TERRACE, BC ? There are no "gimmicks" or outrageous claims here, just the best terrain imaginable... 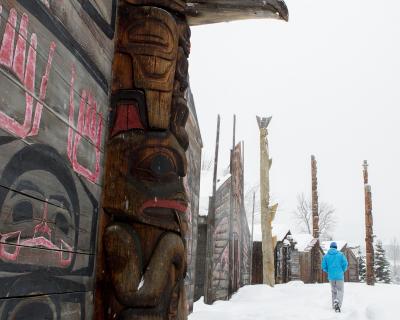 Awed by the sledding and sights of Stewart, B.C. and the Kitimat-Stikine region 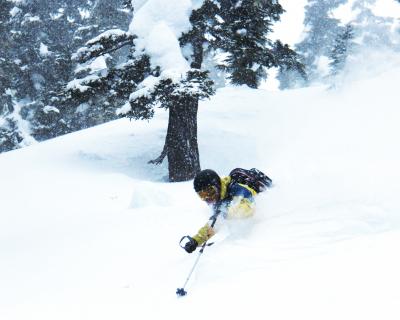 Skiing into the wild

Imagine using the beautiful wilds of northern British Columbia's winter as your laboratory. For a... 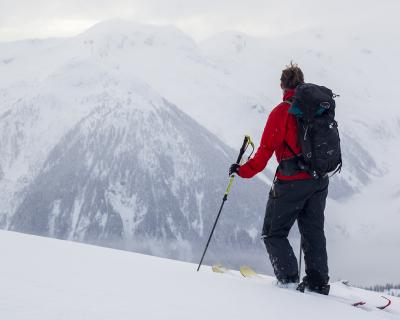 A city shaped by the Skeena River, Terrace is a wildly raw and beautiful place. Freshwater rivers...